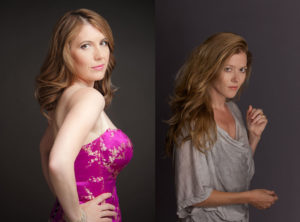 The Royal Opera has announced that George Benjamin’s much anticipated new opera, Lessons in Love and Violence, will premiere on May 2018 at Covent Garden.

The cast includes Canadians mezzo-soprano Krisztina Szabó, making her Covent Garden début, and fast-rising soprano and conductor Barbara Hannigan. The two round out an international cast with a strong Canadian presence.

The opera follows on the enormous success of Benjamin’s opera Written On Skin, which made its Canadian premiere at the Toronto Symphony’s New Creations Festival in 2015.

The new opera, which will premiere May 2018, is inspired by an Elizabethan drama about a king who is made to decide between civil war and his love for his family. At its heart, it explores the space between human affection and pragmatic choices — heart vs. intellect.

The opera is commissioned by The Royal Opera at Covent Garden with a libretto by playwright Martin Crimp, who also penned Written On Skin in 2012.

“I am truly grateful that George, together with Martin Crimp, is writing his next major opera for us at Covent Garden,” said Kasper Holten, Director of Opera, for The Royal Opera. “With six major partner opera houses around the world, and it has been a fascinating journey for me to be in conversation with George and Martin from the very first moments of discussion about this new piece. I think they have found an extraordinary subject and given it a treatment that feels deeply original and should make for an evening of exciting music theatre.”

Hannagan was quick to share the news on her social media pages, saying she was, “Thrilled to be onboard.” Likewise, Szabó, who is currently starring in Edmonton Opera’s production of Rossini’s Cinderella, went one step further, writing she was, “beyond thrilled.”

George Benjamin is slated to conduct the opening run, with Stage Direction by Katie Mitchell and Set Design by Vicki Mortimer.

The opera will move onto a number of countries, but will only receive only one North American date with Lyric Opera of Chicago during the 2020/21 Season. Other productions include Dutch National Opera in July 2018, Hamburg State Opera in April 2019, Opéra de Lyon in May 2019, Gran Teatre del Liceu, Barcelona in March 2021, and Teatro Real, Madrid in April 2021.